The day started with me planning to have a computer day at work. Just for reference, my job revolves around a multitude of different tasks, and I always look forward to a computer day because I feel like I get more done than driving around in my truck or staying on the phone. And oddly enough, my phone was not as busy as it usually was. Unfortunately, our database system was up and down all day. I spent probably 2-3 hours restarting just to get it to work. Five minutes of this would be enough to get me
stomping mad. After several attempts at doing my job but being unable to due to computer issues, I was frothing at the mouth.

Fast forward to 6 pm. I decided to call it a day and hopped onto an online game to hang out with friends. Had two of them with me, and we were getting ready to do a battleground (nothing like killing other players to release some tension).

I reached out to a friend that wasn’t with us, and he apparently had had a bad day. Gave me a terse response saying he wasn’t interested, so I responded in kind and called him rude. I followed it up with a “❤” to show him I was playing, but then he lashed out. Told me I was the one being rude, and he was fine, I was the one being rude, and he didn’t know why I was being a jerk, etc. I rolled my eyes and moved on. But it bothered me, it stuck with me. I didn’t do anything wrong, but he made me feel like I
had. I knew he was just being the asshole that he can sometimes be, but it nagged me. 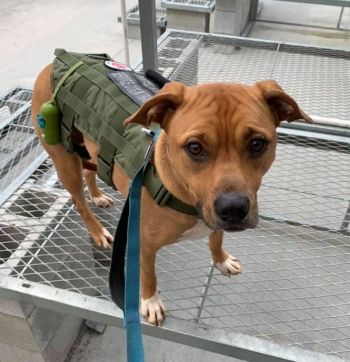 I played with the friends that weren’t being assholes, and had fun, but was tired from fighting with the computer all day. That, coupled with my frustration at not being able to be as efficient as I wanted to be. I logged off the game earlier than usual and realized my wife hadn’t called me in some time. It was 9 pm, she shouldn’t have been awake by now (she was in China, 12 hours ahead). Texted her, and got a call almost immediately which was a pleasant surprise.

Unfortunately, once I spoke with her, it aggravated me further that she’d been awake for a while, but didn’t call me because she “hit the ground running”. Not an issue, because I know the feeling. Sadly, it still agitated even further. I could hear her co-workers in the background, and I knew she was busy, but it still irked me. She then had to go after less than a two-minute conversation because her meeting contact showed up. I told her fine, and then said our usual sign-off, “Love you, bye.” The typical response is the same, but this time, it was just… “bye.” *click*

I sat down in my chair and took a deep breath. And another beer. Sydney was behind me on the floor chomping on his chew toy, happy as a clam. Lilah was laying in her doggy bed, head on her pillow that I set out for her earlier because I know she loves laying her head on pillows.

I turned on my Xbox because I needed a distraction. I knew what was coming. I started to cry. I rubbed the tattoo on my arm, my Mom’s angel wings. I felt like I had no one I could talk to. My friend had been an asshole to me, work had been crappy, my wife hung up without telling me she loved me, and even playing the online game had been frustrating. Any one of those things may seem trivial, but they add up quickly.

Even so, you may say it still isn’t a big deal. Stop being a bitch about it. Man up. Trust me, I’ve heard it all. But what most don’t realize is that it’s all of those things added together with a constant, insistent undertone of self-loathing and complete and utter dissatisfaction with a lack of purpose in life is enough to push me back to that area that I don’t want to be. Yes, I’m talking about suicide, and no, this isn’t a cry for help.

In the past couple of years, we have had several celebrity suicides. Prior to Iraq, it was Kurt Cobain. I never could understand why someone so gifted could throw his life away then. The next momentous one was Phillip Seymour Hoffman. A family member posted on Facebook that he was a drug addict and a coward for that. Admittedly, I was a huge fan of his as an actor. However, what really made me take offense was that this family member had no idea what I was going through. He had demons, and so do I. Mine wasn’t heroin, but then again, my path, my struggle, and my demons were my own. She’d never asked nor tried to help me. Her place was just to judge and slander him for things she didn’t understand. I don’t understand his demons, but I know my own. And I know that it is easier to say things like, “Man up”, “Get over yourself”, or the worst, “Stop being a bitch”. Oh, what an idiotic thing to say to someone in the midst of an internal battle like this.

Chester Bennington, and Chris Cornell, both of which I was a huge fan of during my younger years, recently committed suicide as well. Both hurt, but no one hit me like Robin Williams. My Dad and I met him in Iraq. He was one of the few that was brave enough to go over there several times to support us. I took a picture with my Dad and me on stage with him, and my Dad has his arm around him. He absolutely radiated positivity and humor. But man, he had some hairy arms. But the important thing is
that he made us cry with laughter in an area where people were trying their damnedest to kill us. Once I got the news that he had committed suicide, it was a horribly defining moment for me. Here was a man that had dedicated his life to making people laugh, and he had succumbed to his demons. The very fact that he had demons was unbelievable to me, yet extremely identifiable. I like to make people happy, to laugh. I detest conflict between my friends. I bury my anxieties for the sake of the contentment of others. I’m not comparing myself to a world-class actor and comedian by any means, but I am saying that, when I saw that someone like him was susceptible to his tormentors, it struck me with fear.

I’m not afraid of the thoughts of suicide, self-hatred, guilt, and the multitude of other emotions I feel at times. I deal with them every day. What I’m afraid of is that one day, my will and stubbornness won’t last out in battle with them. It’s like going into a boxing ring with more than one opponent, every day. Some days, it’s even more opponents that you don’t even see coming. They slip into the ring behind you. And frankly, that scares the shit out of me the most. I don’t like losing, and I don’t like quitting. But damnit, it’s insistent. It never stops. Ever.

So, let’s go back to me sitting in my chair. My Xbox is on, controller in my hand, and my boy Sydney chewing on his bone behind me. I started to cry. Uncontrollably. Everything you’ve read before hit me like a garbage truck. And the one person I could have always called to be there for me since I was born, even at 3 am, was gone. I couldn’t take my hand off my tattoo of her guardian angel wings. I needed her so much tonight.

It’s not that I didn’t have someone I could reach out to. I have friends, family, and even my wife would put everything on hold if I needed them to. It’s that I don’t want them to have to. Let me say that again rephrased because this is very important to understanding Veteran suicide. I don’t want to burden people with my pain.

That’s the entire reason that suicidal thoughts, the sneaky asses, eventually become an attractive option. No one understands. Even other veterans that have been through similar experiences,  deal with it in their own way. Some don’t even acknowledge that it’s an issue. That’s where the “man up, bitch” nonsense comes from, from personal experience.

But I digress from my main point. Back to the garage: I’m sitting in my chair, overwhelmed with wretched despondency and crying my eyes out. Sydney’s still chomping away at his toy behind me, and Lilah silently lays her head in my lap.

No expectation, no jumping up or wanting a treat. She’s just… there. Beautiful brown eyes just staring up at me. No judgment. No expectation. Just there for me. I laid my hand on her head, and she closes her eyes in contentment. She is happy. She is with me and is bringing me out of my madness. She is good.

Every negative thought just washed away. Completely. There was no judgment, pity, or hidden needs. She just wanted to comfort me. I picked her up and put her in my lap, which I know she doesn’t like, and expected her to jump down. She laid her head on my chest and nuzzled my face. I hugged her and cried some more, but it was a cry of relief. Words cannot express the serenity I felt at being able to release in that way with zero judgment, just someone that loves you unconditionally in your arms, there for you no matter what you’ve been through or what you did.

She’s just there. And that’s enough to keep me going.

If you’d like to donate on Greg and Lilah’s behalf and leave Greg a message of encouragement, please do so HERE.