The Issues. At a Glance.

The American Pit Bull Foundation has identified and targets areas of great need within our community. The issues our mission aims to tackle include the following:

We do this by:

The Issues – Continued in More Detail:

How the Veteran Suicide Rate and Euthanasia of Shelter Dogs are related to one another.

In a new study released in 2018 by the Veterans Affairs Department, the VA took a closer look at death certificates and to re-evaluate their findings on the suicide rate among veterans with PTSD. The updated information released included the loss of 20 military personnel per day; 16.8 of which were veterans, 3.2 were active military or reserve.

Service dogs, with increasing research findings supporting their efficacy, can be unattainable for veterans and military personnel on sheer cost alone, as well-trained service animals often cost $20,000 to $30,000. Operation Sidekick, which is completely publicly funded through donations and grants, pairs service dogs with veterans at no cost to the veteran. Programs such as MA Cares offers assistance post certification and placement for veterans in need of medical and/or financial assistance for their service dogs.

The VA will only offer some financial benefits, (not including the purchase of a service dog) to veterans who specifically apply to an Assistance Dogs International, (ADI) recognized organization. Though the ADI sets excellent standards for service dog programs, it is a long and difficult process to gain status through their organization, causing many service dog organizations to abandon the idea of registering with the group. By being inclusive of one organization’s determining factors only, the VA causes a great challenge to those seeking to add a service dog to their treatment plan for PTSD. Given that suicide is the risk factor in delayed treatment, we will continue working towards opening the VA up to being inclusive of organizations for service dog placement that do not register with ADI but follow similar guidelines in training and placement.

Over the past decade, a new concept has surfaced that involves pulling animals from the discarded population of shelter dogs and testing their abilities as working dogs. This idea is coined by the term “Shelter to Service”. Widely successful, some organizations that employ this practice are reporting efficacy ratings of up to 99% in their programs pairing rescued shelter dogs with veterans suffering from PTSD. An impressive statistic that not only reflects on mitigating suicide, but factors such as getting better sleep, decreased depression, decreased anxiety, better family relationships, and overall better mental health.

While just owning a service dog has been shown to improve the above listed life areas, it is highly stressed by successful organizations and psychologists that those including a service dog in their treatment plan should not rely solely on their dog but continue to incorporate additional complimentary treatments such as Cognitive Behavior Therapy.

Include photo of Jeff Theman – Info on BSL/breed bans being lifted across the US. Citations of dog bites/attacks increasing in areas of implemented BSL.

The problem is weeding out all of the dogs owned by law-abiding citizens. Responsibly owned dogs are thinned from the population and those without care for the law remain.

Jeff’s relationship with his rescued companion, Preston sparked his pioneering the fight against Breed Specific Legislation. Jeff wrote and produced Guilty ‘Til Proven Innocent, a documentary on the grave detriment caused by BSL and the fight in Lakewood Ohio over dangerous dog laws.

You can learn more about the film and how to get involved by visiting the Guilty ‘Til Proven Innocent Doc site. 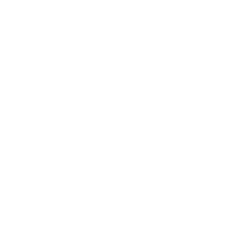